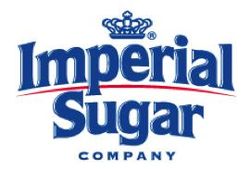 When an explosion at the Imperial Sugar Company (ISC) sugar refinery at Port Wentworth, near Savannah, GA, occurred in February 2008, fires burned for nearly two weeks.

It was mainstream media's dream story: Death and fire affecting a big corporation. Unfortunately for ISC, when journalists turned to the search engines for information about the company as they were writing their stories, many outdated reports and information appeared on the first pages of Google and the other search engines.

When the crisis subsided, executives at ISC hired David E. Henderson and the team at The News Group Net LLC, to create a brand-new, content-rich ISC Newsroom.

David is an Emmy Award winning former CBS News correspondent and veteran communications strategist. I'm a fan of his blog and book, so I contacted him to learn more about the Imperial Sugar Company Newsroom.

I'm particularly excited about how ISC hired journalists to create their newsroom, something I’ve advocated for years. This is something I've called brand journalism and is an increasingly effective marketing tool. In fact, ISC has hired the skills of a print journalist, a television journalist, and a photojournalist.

"The ISC Newsroom positions the Imperial Sugar Company as an authoritative voice in the sugar industry, in the U.S., Mexico and elsewhere," David says. "It is a one-stop shop for the best thinking and views on sugar and all of the issues and market forces that surround it."

"While most corporate online newsrooms are dusty and static press release archives, ISC Newsroom is always fresh, not only with stories about the companies but about the industry, customers, and the communities in which the company does business," David says.

According to David, the main goal of the ISC Newsroom is to be clearly heard and stand out in all of the right ways. "We're expressing the ICS corporate voice above the noise of the marketplace, where often people much less qualified—but far more vocal—pump out their opinions into mainstream and social media. The sheer speed, volume and rapid dissemination of information—right or wrong—can inundate communications and sway public opinion," he says.

Of course, when a company creates information in a newsroom like ISC and updates it frequently, the valuable content is indexed by the search engines, and will gravitate into the top positions.

Don't overlook your online media room as an important place to deliver valuable information to not only the media, but to your buyers as well.

And consider hiring journalists to help you.