Thanks to several people who commented on this post and pointed out that my original analysis was not a fair comparison. "Comparing apples and oranges," Matthew said.

Yes, the results are different. Thank you for suggesting the modification. However, this analysis still shows President Obama using dramatically more inclusive language than President Bush.

As a marketer, I find this huge difference very telling. People want to hear about what's in it for them, and they are looking for answers to problems. Great marketing is created for buyers. 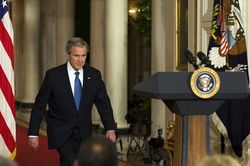 On Thursday evening, January 15, 2009, President George W. Bush's delivered his farewell address to the nation. The text, as transcribed by the White House, was made available by the Associated Press. 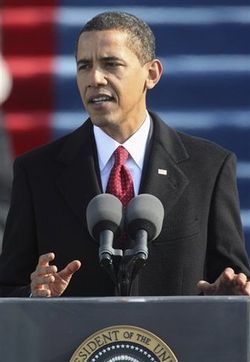 On Tuesday afternoon, January 20, 2009, President Barack Obama delivered his inaugural address to the nation. The text was made available by the Associated Press (which I found via the Miami Herald).

Granted, the purposes of these two speeches were different. However, coming so close to one another, I do think that it is a fair comparison.

Important note: Readers of this blog know that I do not write about politics and that is not my intention here. I am a marketer and write about marketing and communications. This is not a political analysis, but a marketing one.

1860 words and he spoke for approximately 15 minutes.