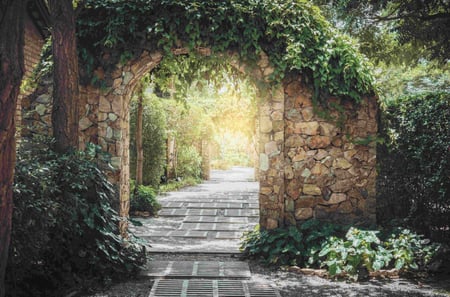 The big digital players including Google, Microsoft, and Apple have been forming semi-closed ecosystems around their content and applications for more than a decade.

This strategy is billed by the companies as making it easy to navigate around their ecosystem. However, if you are like most people and use all these services during the day, it just makes it more difficult.

Let’s see… a single Google ID works Gmail, Hangouts, YouTube, and more. A Microsoft ID also gets you into Skype and Teams. An iPhone app like calendar syncs nicely via iCloud with an Apple computer.

Here’s what Google says: “When you’re signed in, all of the Google services you use work together seamlessly to offer help with everyday tasks like syncing your Gmail with your Google Calendar and Google Maps to make sure you’re always on top of your schedule.”

That’s all fine and dandy if you work for a company whose IT team has chosen a particular Walled Garden to organize around and you primarily interact with people inside the company. You can happily live inside the Microsoft world at work.

However, it’s tough when your job in a big company requires interacting with people outside your company.

And it’s super difficult if, like me, you are independent and work with many companies.

Just in the last week, I’ve had trouble opening an important Google doc because I was “not authorized” to have access because I didn’t work for the same company as the person who created the doc. I had trouble accessing a Microsoft Teams video call for the same reason.

One of the worst problems I have is when somebody cancels or changes a meeting inside their Microsoft calendar and the notification I receive – via Gmail – fails to update my Apple calendar. This happens a few times a week. I guess having Three Walled Gardens—Microsoft, Google, and Apple—talk to each other is too difficult.

I understand there are benefits to companies to work within one ecosystem. Clearly there are massive benefits for Google, Facebook, Microsoft, and Apple.

However, I fear these companies taking this strategy too far and leaving independents like me to fend for ourselves.